Message to the USDA, FDA: Cut the Bull 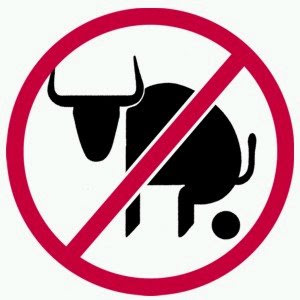 Millions of Canadians can enjoy their weekend barbecues this summer knowing their government officials have taken action to protect them from the risk of mad cow disease.

Unfortunately, US consumers are not so lucky. Our own USDA and FDA are creating the perfect storm for increased cases of mad cow to be introduced into US herds by allowing the importation of higher-risk Canadian cattle and failing to enforce stricter feed bans that prevent transmission of the disease.

According to R-CALF, the incidence of mad cow (bovine spongiform encephalopathy, BSE) is between 3 to 8 cases per million cattle in Canadian herds, a rate that is 18 to 48 times higher than in the US. These alarmingly high numbers haven’t seemed to faze the USDA. They’ve allowed millions of Canadian steers to enter the US and co-mingle freely with US herds, taking no steps to protect US livestock from the higher risk of mad cow disease.

By the USDA’s own estimates, 19 BSE-infected cattle will be introduced into the US over the next 20 years and two US cattle will subsequently become infected. This translates into a 15% higher exposure rate of BSE for the US consumer.1 Creutzfeldt-Jakob Disease is the fatal neurological disease that results when humans consume BSE-infected beef.

You may think that’s enough to be concerned about, but there’s more to the story that ups the consumer risk of BSE. For years, the US and Canada followed the common practice of using “ruminant to ruminant feed” (ground up cattle parts including the brain, eyes, and spinal cord) in the livestock’s feed. This questionable practice allowed BSE to be transmitted to healthy cows through cross contamination and infected feed.

In 1997, both the US and Canada implemented a basic ban on ruminant to ruminant feed, but despite that measure, multiple cases of mad cow disease still showed up in Canada — even in cattle born years after the 1997 feed ban. This prompted the Canadian government in 2007 to upgrade its original feed ban and finally protect its citizens from BSE-transmitted feed.

In 2008, the FDA announced it was also implementing a stricter feed ban to take effect on April 27, 2009. This proposed date would give US cattle producers enough time to revamp their feeding practices and comply with the new regulations. As you might guess, April 27 came and went and the FDA did not begin enforcing the upgraded feed ban. It has now been delayed until October 26, 2009.2

According to R-CALF, both the USDA and FDA are undermining the efforts of US cattle producers to protect consumers from the threat of BSE. The solution as they see it is to immediately prohibit the importation of higher risk cattle or else implement the upgraded feed ban now.

While the Feds drag their feet in protecting Americans from BSE, major importers of US beef are not. The following table excerpted from a letter filed by R-CALF and sent to the FDA on April 13, 2009 shows the severe restrictions that are being placed on US cattle producers by major beef-importing countries because of its leniency in allowing Canadian cattle imports.3