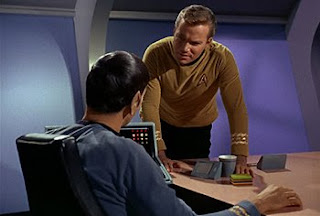 “On Earth today, it’s Thanksgiving. If the crew has to eat
synthetic meat loaf, I want it to look like turkey.”

Would synthetic meat be better for us and the planet?


A pioneering group of scientists are working to grow real animal protein in the laboratory, which they not only claim is better for animal welfare, but actually healthier, both for people and the planet. It may sound like science fiction, but this technology to create in-vitro meat could be changing global diets within ten years.

“Cultured meat would have a lot of advantages,” said Jason Matheny of research group New Harvest. “We could precisely control the amount of fat in meat. We could make ground beef with an ideal fatty acid ratio — a hamburger that prevents heart attacks instead of causing them.”

But it isn’t just the possibility of creating designer ground beef with the fat profile of salmon that drives Matheny’s work. Meat and livestock farming is also the source of many human diseases, which he claims would be far less common when the product is raised in laboratory conditions.

“We could reduce the risks of diseases like swine flu, avian flu, ‘mad cow disease’, or contamination from Salmonella,” he told CNN. “We could produce meat in sterile conditions that are impossible in conventional animal farms and slaughterhouses. And when we grow only the meat we can eat, it’s more efficient. There’s no need to grow the whole animal and lose 75 to 95 percent of what we feed it.”

In this context Matheny believes his project could significantly cut the environmental impact of meat production — using much less water and producing far fewer greenhouse gases.

“We could reduce the environmental footprint of meat, which currently contributes more to global warming than the entire transportation sector,” says Matheny.

Between mediocre sci-fi movies and timorous vegetarians it will take an advertising campaign comparable to that which introduced the navel orange – or the hybrid automobile – coupled with lower prices to achieve any success. Not that I’m pressimistic – just cynical.


Just look at how many years we’ve been farting around with irradiated food – always seeking another excuse to put off a cost effective solution to a great deal of food spoilage.


http://eideard.wordpress.com/2009/08/07/would-synthetic-meat-be-better-for-us-and-the-planet
Posted by Mz.Many Names at 1:57 AM No comments: Links to this post


(Updates to add background on Salmonella)

WASHINGTON -(Dow Jones)- The U.S. Department of Agriculture announced Thursday that a beef packing facility in Fresno, Calif., is recalling 825,769 pounds of ground beef products because they may be contaminated with an antibiotic- resistant form of the Salmonella bacteria.

The recalled ground beef products produced by Beef Packers, Inc., "may be linked to an outbreak of salmonellosis" in Colorado. The company is recalling the ground beef it sent to Colorado, Arizona, Utah and sold in California, according to a USDA announcement.

It is the Newport strain of Salmonella that was linked to production at the California facility, the USDA said.

This strain "is resistant to many commonly prescribed drugs, which can increase the risk of hospitalization or possible treatment failure in infected individuals," the USDA said. "The most common manifestations of salmonellosis are diarrhea, abdominal cramps, and fever within eight to 72 hours."

This is the second USDA announcement in about two weeks of a ground beef recall tied to the outbreak of an antibiotic-resistant strain of Salmonella. On July 23 the USDA released a notice of a 466,236-pound recall by the King Soopers grocery store due to contamination of Salmonella Typhimurium DT104.

King Soopers is a division of The Kroger Co. (KR).

There are 15 illnesses so far linked to the King Soopers recall, six of which resulted in hospitalization, according to Shaun Cosgrove, an epidemiologist for the Colorado Department of Public Health and Environment.

All of those cases were discovered in Colorado although King Soopers - a Colorado-based store - recalled beef sent to several states.

Illnesses in Colorado were also behind the Beef Packers Inc. recall, the USDA said Thursday, but did not say how many.

A recently released study by the USDA's Agriculture Research Service estimated total Salmonella prevalence in ground beef in U.S. packing plants at 4.2%, substantially more than the USDA's food safety agency estimate of 2.4%. The ARS study showed a 0.6% prevalence of antibiotic-resistant Salmonella, such as the Newport and Typhimurium strains.

(Les Aldrich contributed to this story)