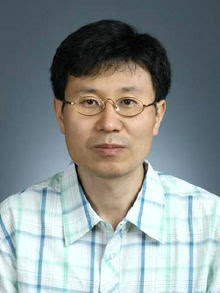 
30 month old cows as a gift for US insatiable appetite


One could easily call the free trade agreement (FTA) between Korea and the United States a modern version of the Korean story tale ¡°Rice Cake Granny and the Tiger¡± (Tteok halmeoni-wah horangi). That is an old tale)) about an old woman who was killed by a hungry tiger and her two children who became the sun and the moon (Tteok halmeoni-wah horangi).

The U.S. government keeps demanding gifts, just like the tiger. ¡°Say granny, give me some rice cake and I won¡¯t eat you up.¡± The administration of President Roh Moo-hyun untied the goodie bag of gifts before FTA negotiations with the U.S. even began, pulling out beef, the ¡°screen quota¡± system for domestic film, automobiles, and pharmaceuticals. Then, when current President Lee Myung-bak visited the US in April of last year for his first US-Korea summit and the two countries came to an agreement on the full market opening for U.S. beef products in South Korea, the decision was criticized for being a ¡°gift¡± offering.


Just as the tiger¡¯s appetite is insatiable, emptying the granny¡¯s basket of rice cakes, so too, has there been no end to U.S. demands for more gifts. The U.S. Senate and House of Representatives now demand more concessions on beef and automobiles as toll fare on the way to ratification of the agreement. They want South Korea to import meat from cows that are ¡°older than 30 months,¡± a concession that was temporarily halted as a successful result of the candlelight protests. The US administration and Congress are sending signals that ratification is impossible unless South Korea agrees to adhere to the World Organization for Animal Health (OIE) standards. Max Baucus, head of the U.S. Senate Finance Committee holds the keys to senate ratification. He is from Montana, where they slaughter cows over 30 months old, and he¡¡is maintaining a hard-line position on the issue.


Japan, China, Taiwan, Hong Kong, and other East Asian nations are not following OIE standards. Taiwan and Hong Kong allow only for the importation of boneless beef from animals under 30 months of age at the time of slaughter, and regulations in those two places require the removal of ¡°specified risk material¡± (SRM) from beef products from cows of all ages.¡¡ China does not permit the import of any U.S.¡¡beef, while Japan continues to limit imports to beef from cows under 20 months old. The U.S. Meat Export Federation and National Cattlemen¡®s Beef Association, meanwhile, have asked the US Department of Agriculture to ask Japan to relax the rules and being importing beef under 30 months of age instead of 20. The U.S. cattle industry has neither demanded sanctions against Japan nor sought retaliatory measures through¡¡the World Trade Organization (WTO), and has even retreated from its principles on those OIE standards.

The same generosity is not being granted to South Korea.¡¡The justification for demands for this gift, in the form of accepting beef from cows older than 30 months, is likely found in both U.S. President Barack Obama¡¯s March 14 weekly address that indicates the U.S. federal government will prohibit the slaughter of ¡°downer cows,¡± and the postponement of ¡°stronger feed regulations¡± which were initially supposed to be implemented in late April. The whole idea might be presented with a little linguistic sleight of hand where we are told that beef and the FTA are separate matters.


Even with this measure taken by Barack Obama¡¯s administration, there remain serious inadequacies in the U.S. quarantine inspection system when it comes to stopping mad cow disease. Cows that are determined to be normal are not inspected for the disease in U.S. slaughterhouses, and inspection for the disease in cows that die of natural causes is also inadequate. Even if the ¡°stronger feed regulations¡± take effect, mad cow risk material from cows under 30 months of age and from eyes, head bone, backbone, and dorsal root ganglia can still be used in feed.


Once we give the gift of accepting beef from cows over 30 months there will be nothing left in our rice cake basket. We will then have no justification for blocking imports of beef from Canada, where mad cow disease originated, and from the European Union. In the old tale, once the tiger ate all of the old grandmother¡®s rice cakes, he then proceeded to eat her arms, legs, and then her body. Having finished her off he goes to wait in her home to devour the two children, who are in her care, and in the old tale, they escape into the sky to become the sister sun and the brother moon. In this modern version, it looks like finding an ending in which granny, the brother, and the sister all survive¡¡will require the owners of this democratic republic to invest a lot of energy and all light candles again.


The views presented in this column are the writer¡¯s own, and do not necessarily reflect those of The Hankyoreh.