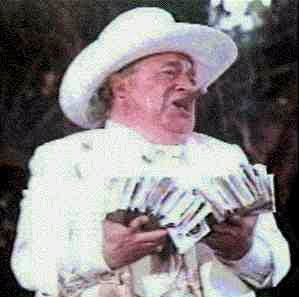 Pig producers in Washington, crying for money from the USDA and help from Congress
October 28, 2009 at 2:12 pm by Brian Ries

You might want to blame this porcine problem on idiots who believe that they’ll contract H1N1 from ham, but the National Pork Producers Council website actually says that the industry has lost $23 per hog since September, 2007. What? Amidst the greatest outpouring of love for the humble pig by restaurant chefs, television food celebrities and people like me, pig ain’t selling?

Actually, sales haven’t been the real problem until recently. Grain prices started rising dramatically during the international food crisis that started a couple of years ago, thanks to the rise of environmentally unstable bio-fuels. And that grain makes up 60 percent of the cost of raising a hog, according to the NPPC. Add in a ban on U.S. pork imports by China and Russia — ostensibly because of H1N1, but more likely political maneuvering — and the industry suffers.

Why, you may ask, should I care?

On one hand, you shouldn’t. Industrialized pork production is a terrible blight on animal well-being and the environment, so seeing Boss Hog Ag companies suffering might be icing on your bacon brittle. If prices rise — which they would, economically speaking, if our food supply system wasn’t so fucked up — then fewer people will eat the mass-market meat. At that point it’s easier for consumers to justify seeking out local pork, which tastes better, is better for local economies and usually better for the environment and the pigs. That would encourage more local farms to get into the act, completing the cycle. Everyone wins! Well, for everyone but Big Ag.

Problem is, pork producers are in Washington on bended knee to ask Congress and the USDA to step in and spread some of that deficit dough around. One way to help prop the industry is for the USDA to buy a big lot of hogs for its commodity program, which would then be distributed to food banks and school lunch programs. The NPPC also wants to remove some of the incentives in place for ethanol and bio-fuel production, relaxation of certain regulations governing production methods, and help with foreign trade negotiations.

Under that plan, Boss Hog Ag wins and consumers come out with a mixed bag. More donated food for food banks? Good, although that money would likely be spent on food anyway. More exposure and investigation into the impact of bio-fuel supports? Good. More freedom for factory farms to raise pigs in even worse conditions? Bad. Money spent to prop up an ailing agricultural industry? Probably bad.