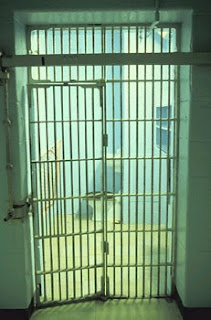 Organic Consumers and Companies Harassed by Drug Agents and Police

When Canadian citizens Nadine Artemis and Ron Obadia took a family vacation, it ended with them being led through Toronto's airport in handcuffs, locked up and separated from their baby.

Police told them they could be facing years in prison for exporting narcotics.

Two and a half pounds of material found in their carry-on bag had tested positive for hashish. But they didn't have drugs. They had chocolate. So far, the couple's legal bills have topped $20,000.

The couple was caught up in what civil libertarians say is a growing problem -- the use of unreliable field drug-test kits as the basis to arrest innocent people on illegal drug charges.

The kits, which are used by most every police department in the U.S., and by federal agents in Customs at the nation’s borders, use powerful acids that react with the substance in a plastic pouch. If the liquid turns a certain color, it is a considered a positive result.

A positive result generally leads to an arrest.

But a number of legal products and plants test positive:

chocolate for hashish
rosemary for marijuana
natural soaps for the "date-rape drug" GHB
With the growth of organic and natural foods and products, experts say arrests are likely to increase.